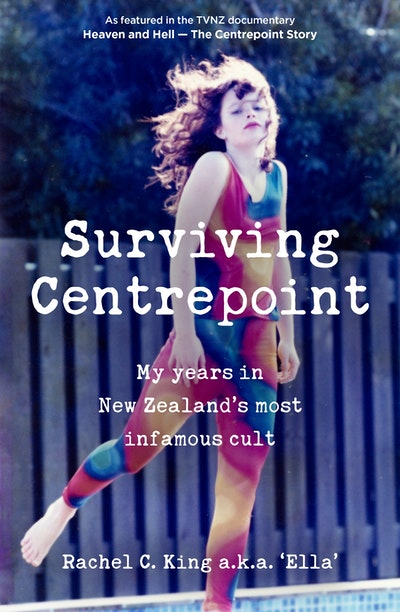 My years in New Zealand’s most infamous cult

Shortly before I turned 13, my life changed forever when my family moved to the notorious Centrepoint Community on Auckland's North Shore, then at its peak. Centrepoint was founded by Bert Potter, its 'spiritual leader'. He called himself God. During my four years there I was pressured into inappropriate and often frightening situations by many of its adult members. Like so many others, I have lived with the trauma and shame of these memories, but I have survived. This is my story.
In this intimate and harrowing account, Rachel C. King tells her story of the years she spent in New Zealand’s notorious commune, Centrepoint, and life there under the rule of its cult leader and founder Bert Potter.
Through the eyes of her young self, Rachel exposes the truth of life at Centrepoint — a hippie dream turned nightmare — with its bizarre rules, hierarchies and social controls.
It was a place where children were given drugs, where free sexuality was mandated, including between adults and children, and where to resist was actively discouraged.
She describes the fear and confusion of growing up in a corrupt world where wrong was right, and the grief of losing her childhood. She takes us inside the police case and court battle against one of her abusers, and the historic action that ultimately saw Potter and others charged with drug and child sex abuse crimes, and Centrepoint shut down.
Surviving Centrepoint was first published under the pseudonym Ella James. Now, using her real name for the first time, Rachel shares her journeyfrom physical hurt and emotional pain to the reality of survival and the healing power of telling the truth.

Rachel C. King is a registered nurse and physiotherapy consultant who lives in Auckland. She first published her memoir Surviving Centrepoint under the pseudonym Ella James in 2013. Her story is featured in the 2021 Warner Bros./TVNZ documentary Heaven and Hell which was directed by Natalie Malcon. 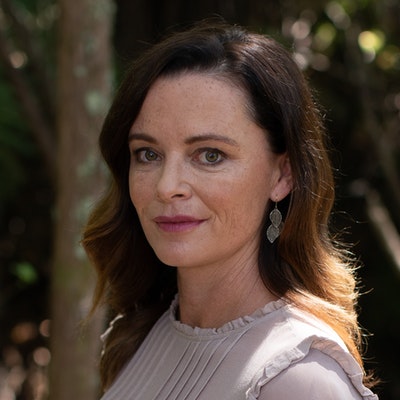 The Invisible Life of Us
Kate Jones, Mandy Hose

Everything I Know About Love
Dolly Alderton

In Order To Live
Yeonmi Park

My Father the Murderer
Nina Young